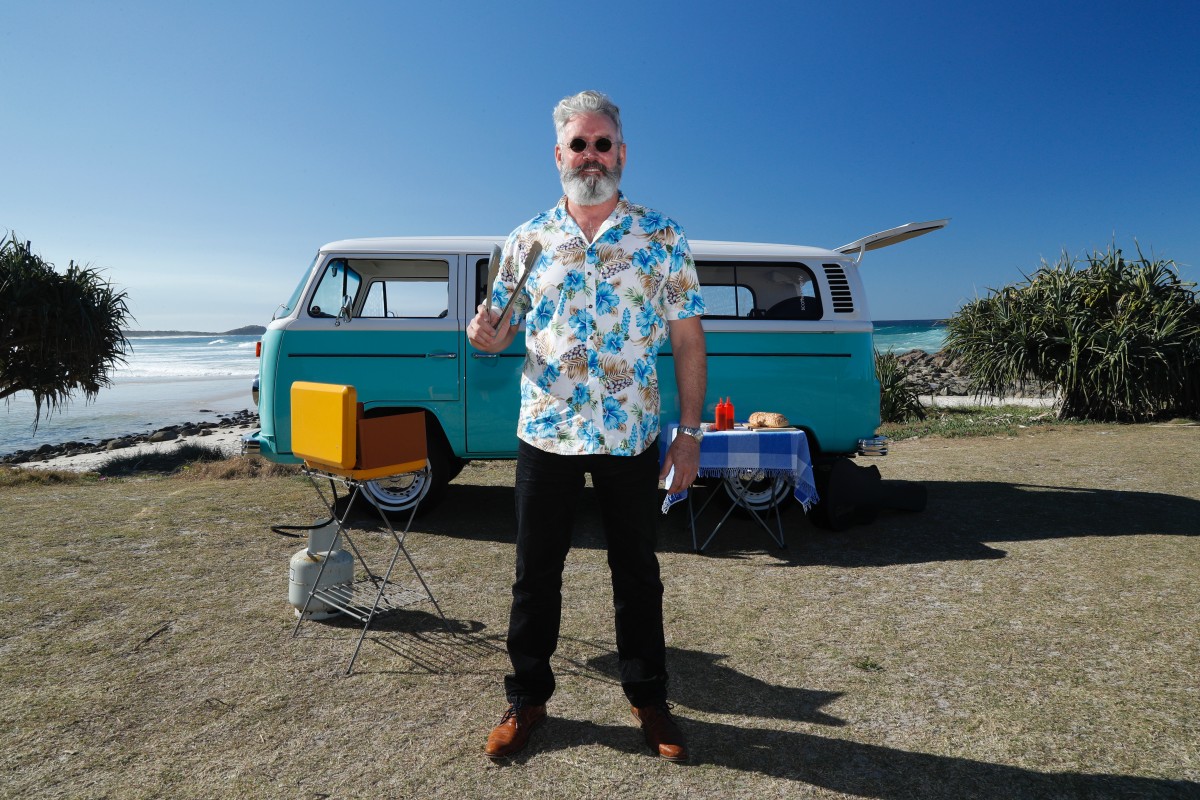 In a climate like South East Queensland, in a place as laid-back as the Gold Coast, against the backdrop of an industry so image-conscious it eats it’s first born if they’re hatched minus matching socks and tie, Scott Wagner is an enigma. This year, he celebrates 21 years of selling beach-front real estate, an occupation he took up after flipping burgers in Burleigh.

Voted again one of Ray White’s ELITE, this year he took off on the road less travelled. Ditching the silk suit. Growing a beard. Buying an Indian moorcycle. And a selection of $500 beach shirts. He also set to work restoring an old Volkswagen Kombi Van, And launched his own beach-front brokerage http://www.scottwagner.tv

Underlying it all is a philosophy ‘THINK BEACH”. When it came to capturing this as an ‘image’ to promote the profile, we set off for a north-facing headland where we could get the ocean in the background – Port Hastings in NSW – and rolled out Black Magic’s URSA Mini Pro 4.6K cinema camera. For stills, Canon’s flagship 1DXMII. In the air, the Mavic Pro.

The idea was just to film a BBQ at the beach, against the soundtrack of the ocean. No spruiking about the number of houses sold over two decades, the record prices set or all the awards won. No gushing testimonials (have you ever read a bad one) or shots of fancy cars and fancy pants. What you see is what you get. We’ve worked alongside Scott ever since we arrived on the Coast in 2006. As loyal as a day is long. A thinker deeper than the ocean. It’s been a blast.