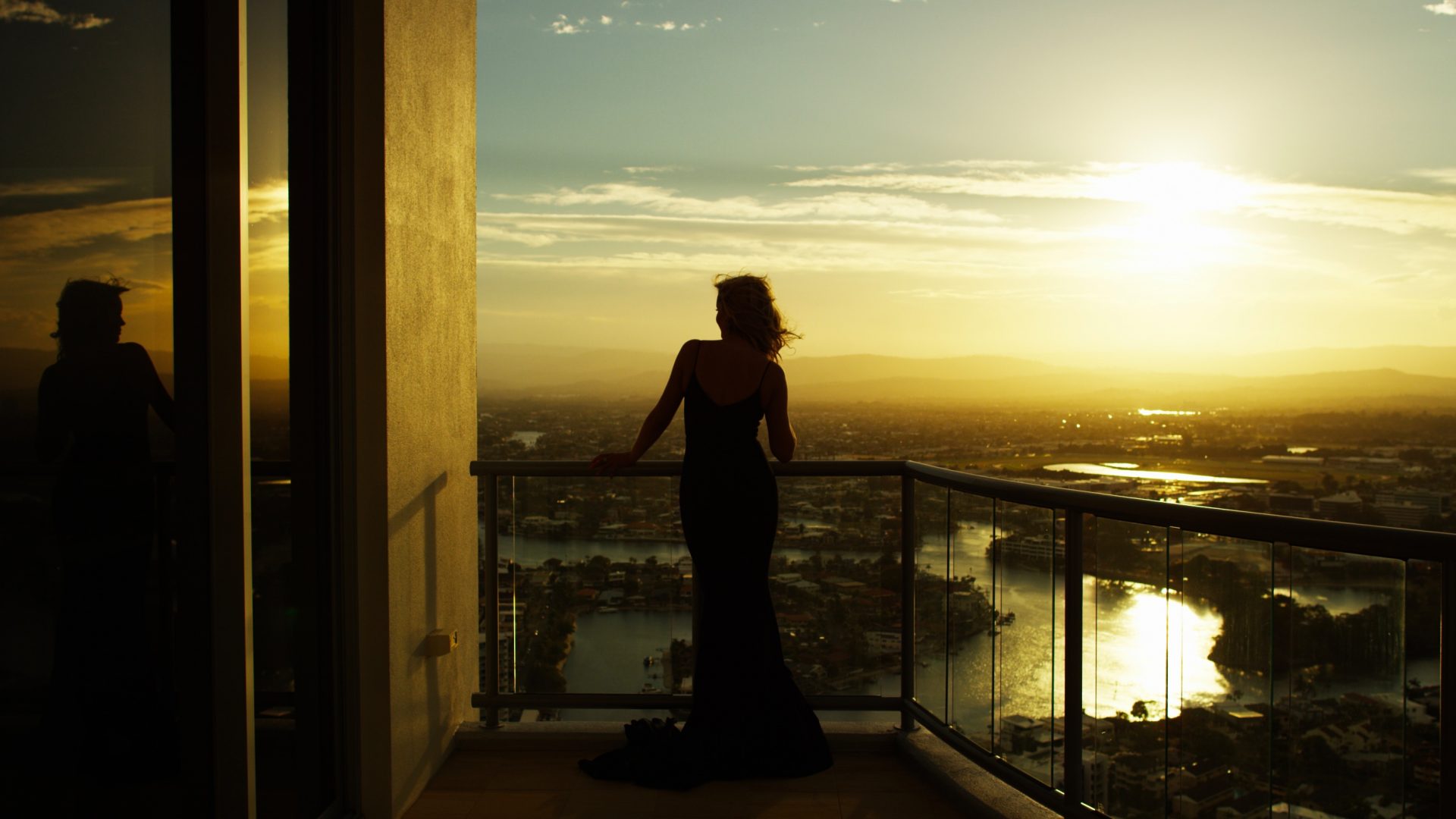 The storyline behind this film for Kollosche Prestige Agents marketing the northern penthouse of Chevron Renaissance was preparing for a party, with A-lister Sophie Falkiner bringing the star power. The first treatment called for Butlers and Chefs and party decorators scurrying around the Versace-draped penthouse as Sophie arrived back from an international modelling job. Cuts in budget saw extras cut from the creative and the platters scared up from the local Coles. While close-up’s will get you out of trouble, we lost a lot of energy. Production-wise, we used an 18mm Canon prime to shoot up at the Gold Coast towers for the opening. And filmed the New Year’s fireworks for the closer.