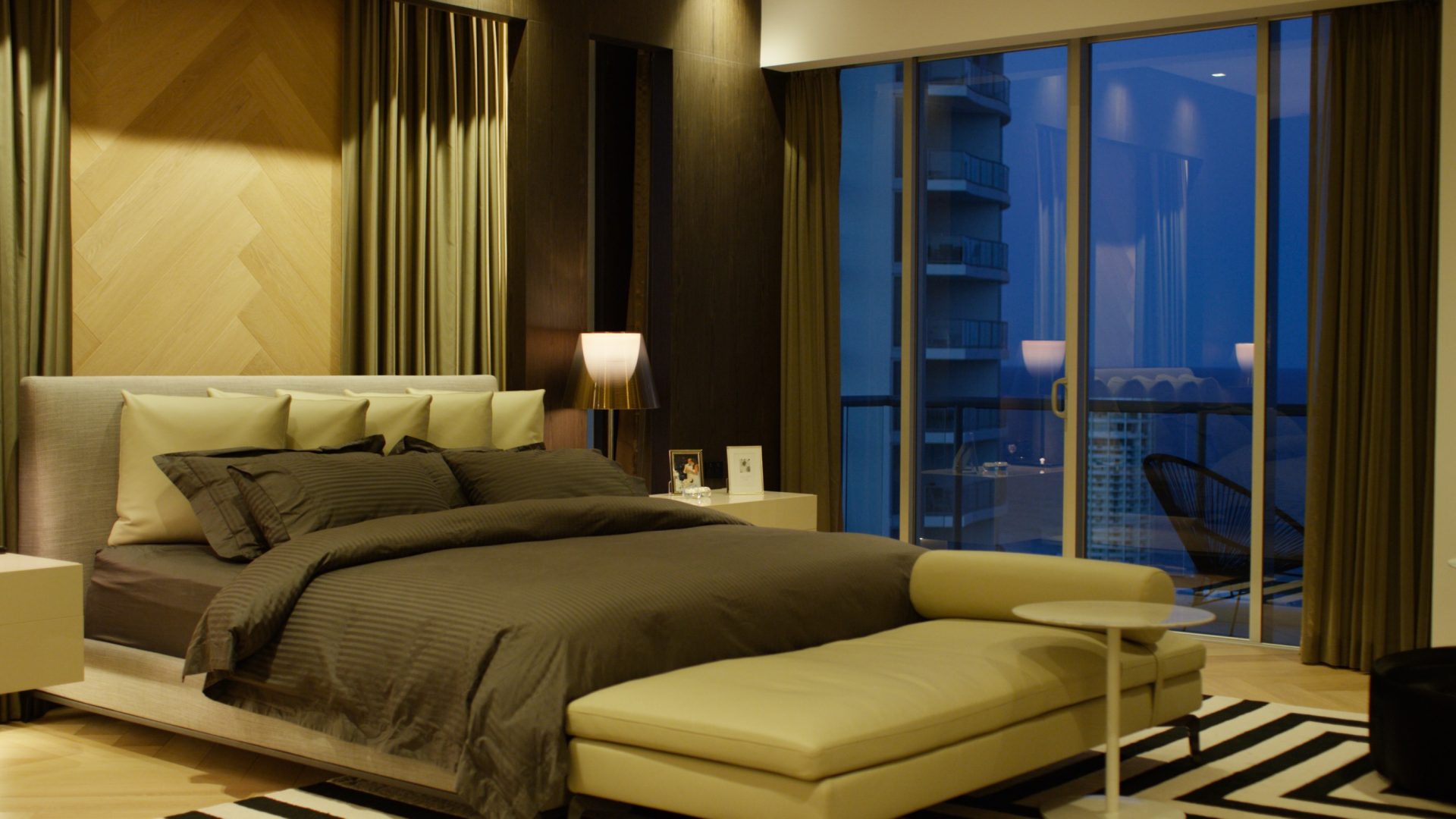 The Gold Coast Bulletin reports: It was originally put on the market at $12.5 million in 2016, with the price later cut to $9.95 million. Mr Bakir bought the ex-Raptis offices from receivers to a company linked to failed share-trading firm chief “Aussie Rob” Wilson for $1.2 million in 2014. He then spent several million dollars turning the space into a penthouse with a “‘wow” factor, aided by design tips from Sunland Group chairman Soheil Abedian.

We’ve filmed a LOT of luxurious, spare-no-expense living spaces over the years but none as exquisitely detailed as Mr Bakir’s skyhome.

The luxurious southern penthouse at the Towers of Chevron Renaissance, which spans the 39th and 40th floors,  took two years to build. It has four bedrooms, five bathrooms, 21 car spaces and panoramic views over the city, beaches, main river and Gold Coast hinterland.

It was a two-day shoot, starting in the pre-dawn hours and lasting through to the evening as we filmed the first ‘twilight’ drone sequence. Only CASA-licensed CREW with Op Manuals can fly after dark and platinumDRONES‘ chief pilot Greg Weatherall pulled off some amazing shots, while dodging birds.

Then it was back again the following day for some fine-detail pick-up’s.

As with all properties, we follow the light which determines what we shoot and when. The thinking is we want to be able to show the audience what it is like to live in the space, from dawn to dusk. 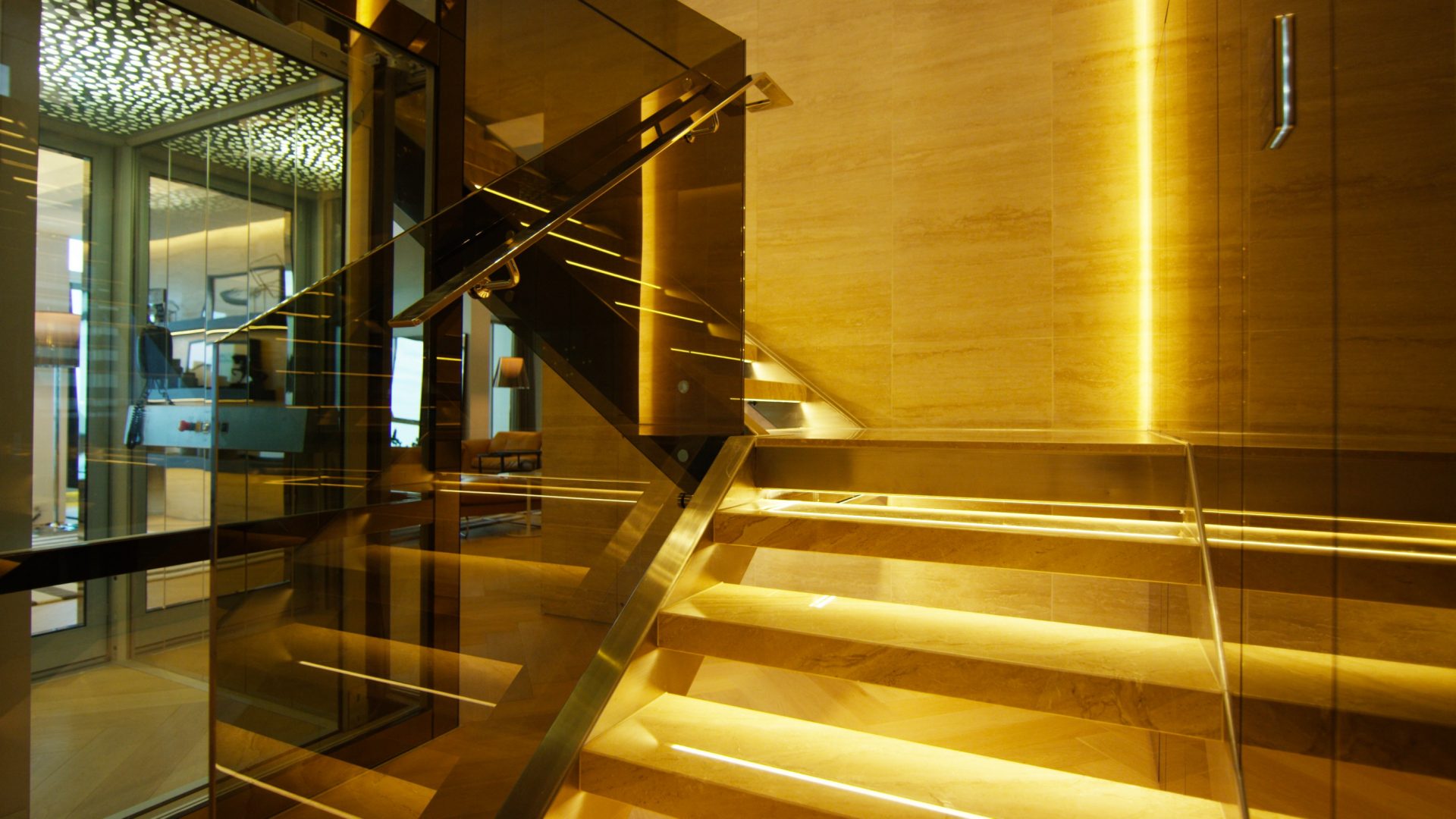