Inside. The Q1 Penthouse. 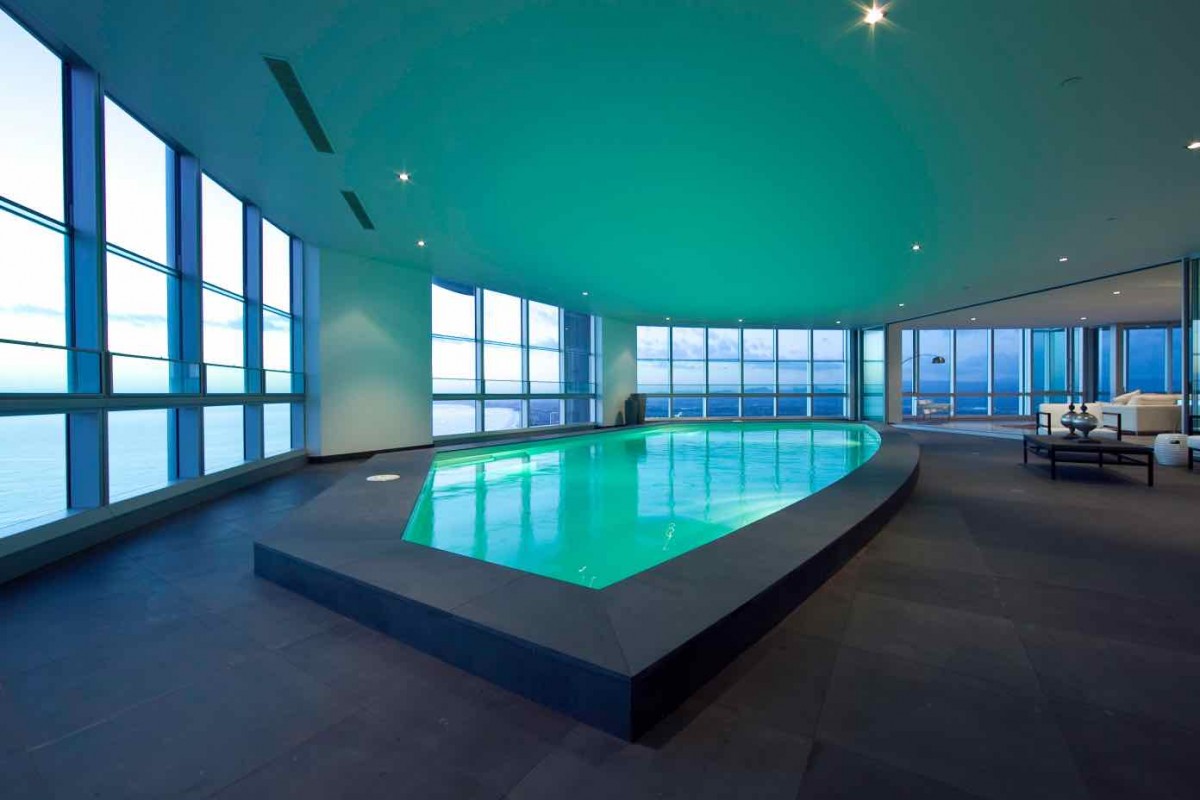 So brash were we, we hung a mini jib two metres out the window, slung with a Sony EX1. Building security would have had a cow had they seen what we were up to; a dizzying shot looking straight down the spine of Queensland’s tallest residential building. At 78 stories. We were on level 75. With an indoor pool. 322.5-metres below, early morning runners passed like trails of ants.

The interesting thing about working up this high is you get to experience two mornings. First light and sunrise at the penthouse. And then another morning when you break for breakfast downstairs.

Creatively, for this piece, we treated the Q1 like a rocket launch; and filmed Gary Gannon up against one of the penthouse windows on a 500mm Sigma telephoto lens. Not the sharpest knife in the draw but it got the job done on the Canon 5DMII.

From Wikipedia: The residential tower on the Gold Coast lost its title as the world’s tallest residential building to the 337-metre (1,106 ft) The Marina Torch in Dubai on 29 April 2011. It is now the sixth-tallest residential tower in the world and is the tallest building in Australia and the Southern Hemisphere,[4] and the second-tallest free-standing structure in the Southern Hemisphere, behind the Sky Towerin Auckland, New Zealand. The Q1 officially opened in November 2005.