Ray White Broadbeach principal Gary Gannon was at full-throttle, motivating a room full of Agents in preparation for the summer auction craze on the Gold Coast.

We’d pitched him an idea for the world’s first high-definition in-room video auction called The Blockbuster.

It would go head to head against Ray White Surfer’s Paradise’s seminal The Event.

It was a win/win for Ray White. The two leading franchisees going head to head.

Now, we had to put the money behind the mouth.

We’d come to Queensland as propvid prove in-room auction videos would work, shifting up in October 2006 to work free-of-charge, out of Sarah Estella’s garage in Palm Beach, shooting every property in HD for auction, for November.

Honestly. We weren’t even remotely ready to go HD. We’d just flicked the switch on our SONY Z1P’s to HD and the pictures had leapt off the screen. But our editing hardware wasn’t up to the task. Laptop screens would just go white trying to play HD and our home office in Currumbin was piled high with trashed, burnt out Western hard drives. Sometimes ignorance is bliss.

My assistant David Gabriel built the first interactive in-room auction presentation in a DVD design-suite, getting up at 2am in the morning to complete the brain-draining, interactive challenge. We worked with one property.

The format. Play the property video, cut to an Open For Bids Screen. Then play a mute montage of the property while the auction took place. With an APRA license, we could play popular music in the room but it could not be synced. We hid the SOLD button in a menu. If the auctioneer had to return to a property and re-open bids, we went to another menu. The file was so big, we couldn’t even burn a DVD.

We had to take the whole Mac tower to the presentation. We had one shot in front of a room full of highly skeptical Agents and Sales Manager David Rake (ex-SAS). Only Gannon, Michael Kollosche and Dave Adams were a true video believers.

It was ballsy stuff but it worked. Now all we had to do was replicate it for 20 odd properties and do it in a ‘live’ environment.

The November ‘pilot’ auction at The Gold Coast Convention Centre opened with a hard pumping lifestyle show that left the audience gaping. Agents came to life on screen, presenting property like TV presenters. We filmed the whole thing for the promo.

Now Gary was pumping up his sales team for The Blockbuster 07 – and was ready to letter-box drop a few thousand DVDs.

It was game on. 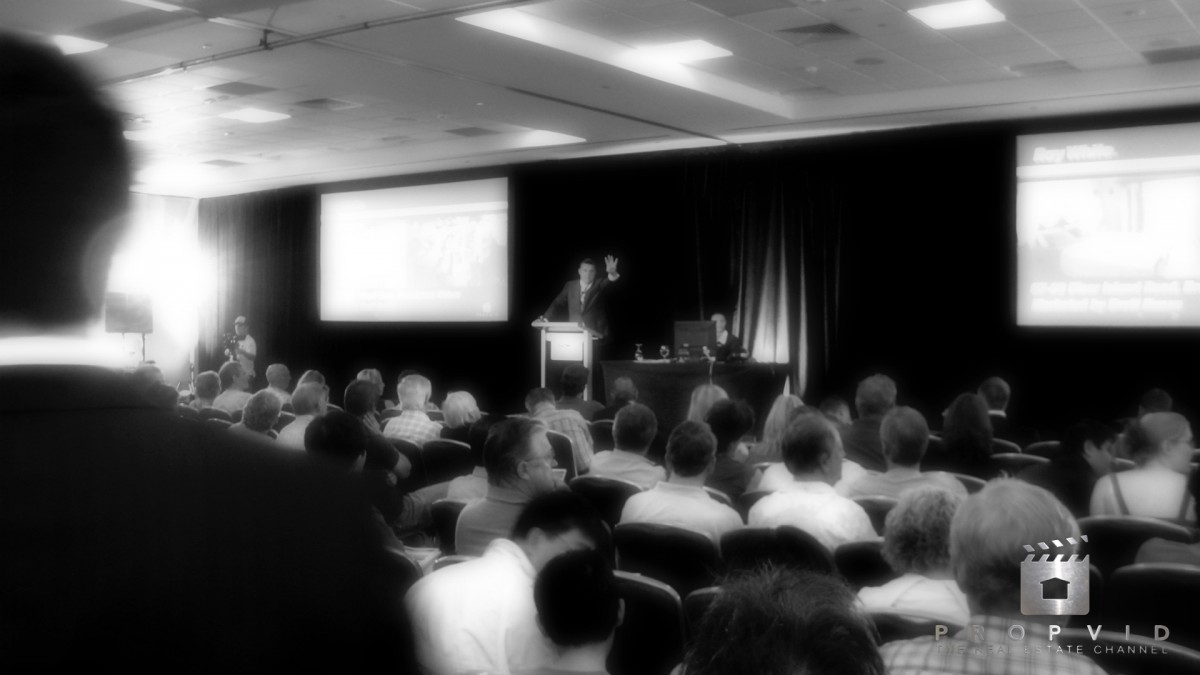