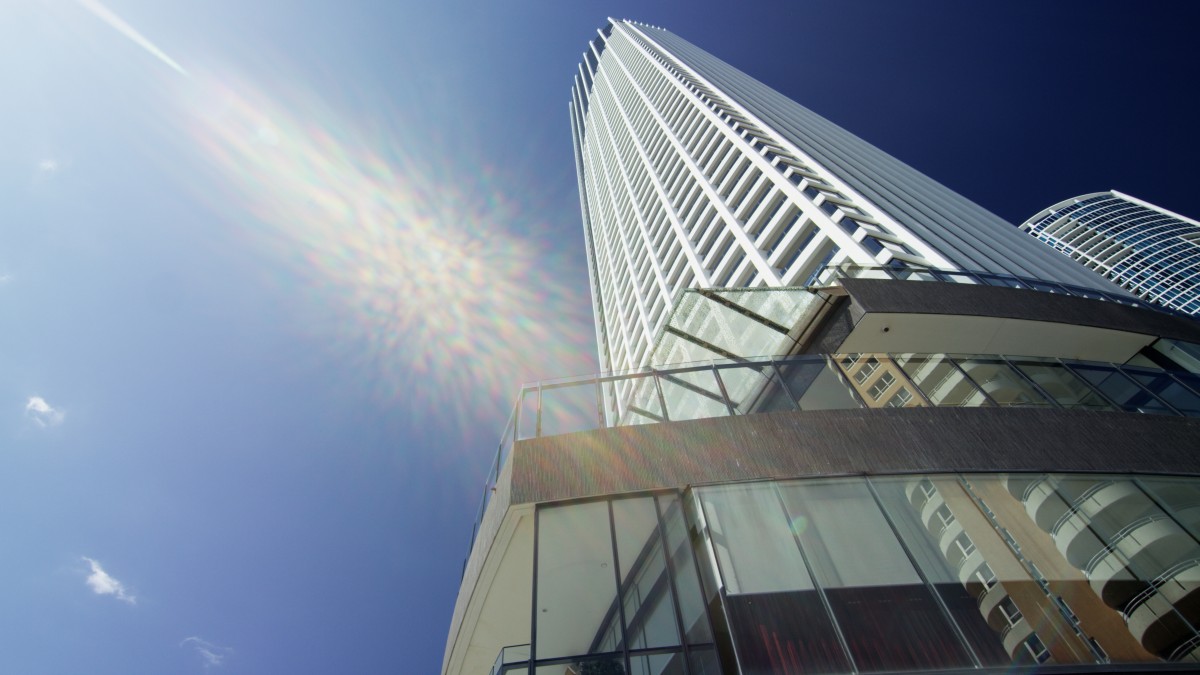 The Soul Penthouse Aurora has always been a head-turner and real estate conversation starter.

Now, fresh off the back of a record $12.9 penthouse sale on the Gold Coast, agent-to-the-stars Michael Kollosche is bringing the four-story sky home to the market. And he’s quietly confident his campaign, which features a revamp and re-cut of the films we made to sell the residence last time, will see some more heads turned.

Brisbane businessman Charlie Caltabiano originally purchased the sky home in 2006 for $16.85m off-the-plan – an Australian record for a penthouse at the time. The contract failed to settle. The 1040sq m Soul penthouse was fitted out to Mr Caltabiano’s specifications as part of the price tag. It has six bedrooms, five bathrooms, an internal glass lift and comes with six parking spaces. Mr Caltabiano put it on the market ahead of its completion in 2012, saying that with the arrival of two sons it did not suit his way of life.

Fast forward to November 2014 and James Ledgerwood and John Natoli launched an ambitious marketing campaign to sell the residence which saw Aurora literally gutted. The Australian: The selling agent, McGrath Broadbeach, is gutting the interior of the 1043sq m property — pulling up its limestone floors, ripping out its kitchen, including the sinks and ovens, and disposing of its light fittings. Only the internal glass lift, swimming pool and rooftop retreat remain.“The fitout that was there was not very appealing so we are stripping it back to a shell,’’ says McGrath Broadbeach agent James Ledgerwood, who is selling the penthouse, which begins on level 70 of the 288-unit Soul tower, on behalf of receivers PricewaterhouseCoopers at auction on March 7.

news.com.au: CASINO king Tony Fung yesterday splashed out $7 million for a concrete box in the sky. The billionaire, who plans to build the Aquis Great Barrier Reef mega-resort and six-star casino near Cairns, beat six other bidders at ­auction to buy the four-level Soul penthouse on the Surfers Paradise beachfront for $1 million above reserve.

The revamp of the film includes an informative interview with Michael, which formed the base for the re-cut. Shot in 5K on the RED Dragon, the footage hasn’t dated.Even in the age of drones, filming above the Surfers Paradise CBD is strictly off-limits. We hitched a ride with the Westpac Rescue Helicopter to shoot the Soul aerials.

It was a complicated shot, especially hand-held out the door, starting at sea level a kilometre or more out and climbing hard before we hit the sand to reveal the penthouse. A spectacular shot thanks to some spectacular flying. 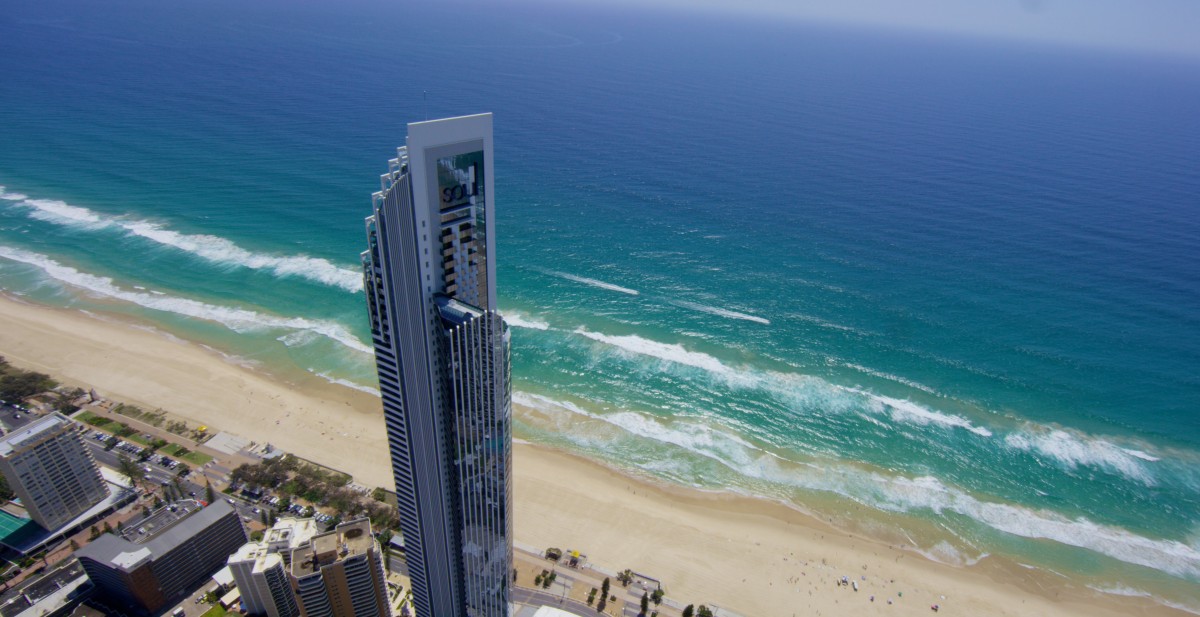 From Wikipedia: The Gold Coast is home to Australia’s tallest building, Q1, standing at 322.5 metres (1,058 ft). Despite its status as Australia’s sixth largest city, the Gold Coast has the fourth-greatest number of skyscrapers in Australia after Melbourne, Sydney, and Brisbane.[1] The Gold Coast’s Highest sky scrapers: https://en.wikipedia.org/wiki/List_of_tallest_buildings_on_the_Gold_Coast

Fresh off the back of a record sale for a Gold Coast penthouse, Michael Kollosche was quietly confident in the market for Soul.