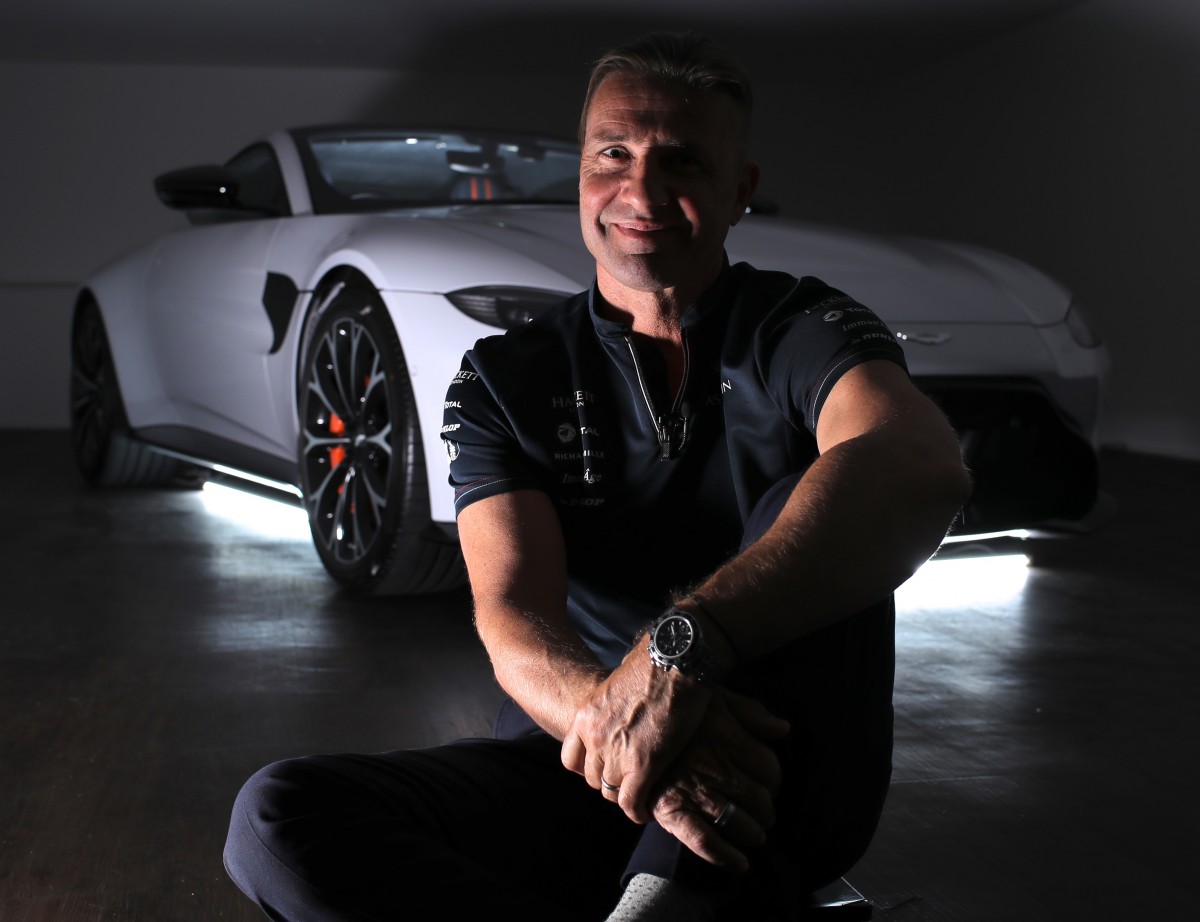 We’ve been working with Aston Martin Sunshine’s General Manager Paul Hewitt for more than six years, “working wonders with shoestring budgets in shoe box sized locations”as he says. Let’s face it, any mug can chase a sports car around in an AC135, with a RED slung in a nose mount, a few feet off the deck of a salt flat, just on sunset.

It’s when faced with all the possibilities a simple white room offers up that the cogs begin to turn. And grind. We relish these shoots because they challenge us to do something completely different each time, working only with light.

This time, we chose Timelapse Torch lighting. Timelapse photography with torches is difficult and slow-going. A 4 second exposure being the shortest time frame to create some streaming motion x 25 – as there’s 25 frames in a second, and we need at least five for every angle of the car. If you want to really going crazy, go for 10 seconds. And if you’re going to attempt this, wear all black and a black balaclava and gloves. We shot this is a white room but moves are underway to answer our prayers and finally paint in Matt black.

We also threw some LCD tubes under the car and another panel on the front seat. Two LightPro panels were used to softly light the car and the rest was achieved with torch lighting. We’re torch freaks here and have quite a collection. We even painted a mansion with torches one evening.

The new Aston Martin Vantage videos are already getting RAVE reviews with Corporate stating we’ve achieved a new visual look for benchmarking Vantage. Head over to our automotive page to see the first 60 second teaser. It’s short and sharp but ultimately we believe the duration doesn’t matter. If you can’t afford the car, 15 seconds is probably too much to stomach on a smart, while negotiating a pedestrian crossing. If you’ve $450,000 to spare, gimme 4.00 minutes and more.